St John Simpson and Svetlana Pankova whet our appetites for the forthcoming proceedings volume, ‘Masters of the Steppe: The Impact of the Scythians and Later Nomad Societies of Eurasia’ 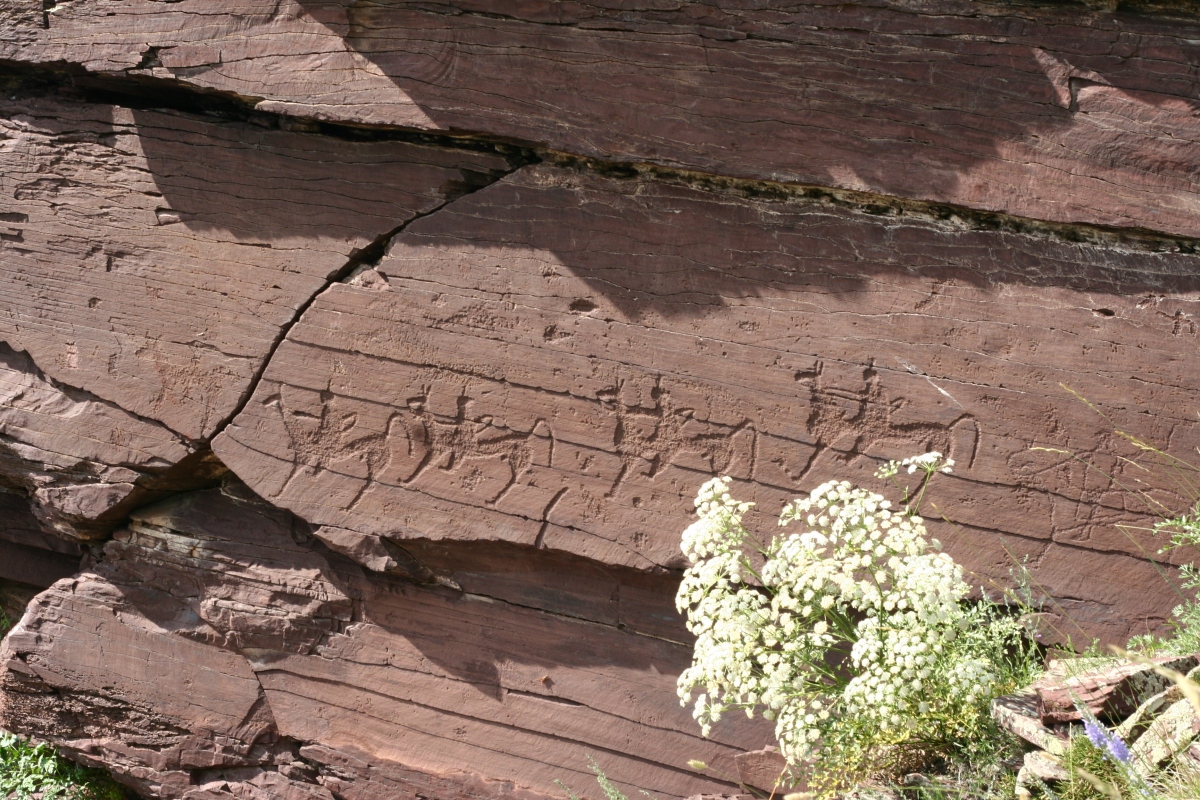 We are delighted and relieved in equal measure to now offer you this blog announcing the forthcoming publication of papers arising from the major international conference at the British Museum which was inspired by and connected to our blockbuster exhibition Scythians: warriors of ancient Siberia!

The packed programme ranged from broad sweeping overviews to the latest excavation discoveries, scientific analyses of gold and anthropological analyses of cemetery populations. We also had many other papers accepted but, owing to an unfortunate combination of visa problems and personal health issues, some had to be delivered in absentia and others were not presented at all. However, we decided to include them, and expand our proceedings into an even larger volume which captures some of the richness of the archaeology of the Eurasian nomads of antiquity.

Nomads have an image problem but only amongst non-nomads. Today, people without fixed homes are viewed disparagingly in many societies, even though a tent or even the temporary shade of a tree may be considered a suitable home by those on the move or the so-called ‘homeless’. Herodotus gives a more nuanced world view: as an exiled Greek from western Anatolia staying in one or more northern Black Sea ports, he almost sympathises with the Scythians he describes as he attempts the first ethnographic description of where they came from, how they lived, what they ate and drank, believed and valued most.

The 45 papers by 51 contributors and co-authors in this volume capture some of the latest thinking and research on the early nomads of Eurasia, from present-day Romania, Ukraine and the northern Caucasus in the west to southern Siberia, Kazakhstan and China in the east. From them, we get a much richer, more varied and, occasionally darker, picture of life on the steppe. This was a hard but dynamic environment and these people understood how to exploit it. They took care of their appearance: women used scent and makeup, manicuring was surely not limited to the dead, and leather and fur preserved in the ‘frozen tombs’ of the Altai provide exceptional evidence for local and imported forms of dress. We also have papers on their horses, how they were cared for, saddled and dressed up for ceremonies. We have new scientific analyses looking at the sources and working of leather, including human skin, textile dyeing and weaving technology, bead production, the making of a ‘Scythian bow’, swords, and the various techniques used in working gold. There are papers on famous sites of different cultures, such as the Scythian kurgans of Alexandropol, Arzhan-2, Issyk, Kelermes and Taksai-1, the massive settlement at Bel’sk, an intriguing hoard from the fortress at Stâncești, and much later cemeteries at Noin Ula and Oglakhty. Surveys and GIS-based studies show how some of these were situated within their physical and socio-political landscape. Other papers discuss the development and possible reasons behind the development of ‘Animal Style’ art, as well as its many forms and applied media from metal and carved horn to rock art. And, of course, we have papers on kurgans: how and why they were built as monuments to the dead, and what forms of funerary feasting and even more macabre activities took place around them. Some papers re-examine the relationship of the Scythians with colonial Greek and forest-steppe communities around the Black Sea, another details changing directions of influence in the northern Caucasus, and yet others examine new evidence for interaction and mediation of motifs between nomads, Achaemenids and Greeks, and the penetration of new ideas into northern China. Close connections between peoples occupying the Minusinsk and Tarim Basins at a later date are the subject of one paper, and the dramatic effect the Huns had on the fortunes of the Sasanian and Gupta empires is the topic of another; yet others focus on the collections in the State Hermitage Museum and Royal Collection in London to retrace the original context of pieces which passed through private hands, the impact early discoveries had on ‘Scythian Revival’ decorative arts and Western scholarship.

The adaptation of the horse from a herd and pack animal to a means of rapid transport revolutionised society. Greater mobility accelerated the pace of introduction of ideas, fashions and technologies: whereas before it might have taken a cart two years to travel the 4,500 km from the Black Sea to Tuva, a horseman could now theoretically go and return within a few months. It also created a new predatory approach to acquiring and controlling vast new resources which is reflected in the new weaponry and dynamic early phases of ‘Animal Style’ art. These people understood their animals and the available natural resources, and were highly skilled horse breeders as well as excellent riders.

The nomads moved camps seasonally and varied their activities accordingly. After shearing their sheep in the early summer there was plenty of wool for making felt items. This was also the ideal period to weave textiles although spinning must have been an all-year-round activity, and the same probably applies to whittling bone or carving small wooden objects. It was in the summer that many tribes sowed and harvested millet. Trapping and hunting were year-round activities. Some tribes also knew how to extract metal: some must have established base camps near the rivers where they knew placer deposits were present and spent part of their time patiently panning as well as probably fishing, whereas others returned year after year to camp near ore veins and extend their mine shafts deeper into the rock. The working of metals did not require large or complicated tool-kits and the variety of regional styles and quantity of metal in circulation prove they had ample access to metal, knew how to work it and supply it to the nearest settlements. The interaction between these different groups was much more complex than simply avoidance or conflict; there may have been regular tensions but each community relied to some extent on the other and carefully negotiated relationships must have been developed locally. Access to the different areas and types of resource on the steppe and in the valleys must have been jealously guarded by different tribes and sub-tribes. However, the weaponisation of Scythian society and level of inter-personal violence exhibited in the archaeological record illustrate how competition could easily lead to conflict with resolution through violence rather than tribal discourse. These were people with skills, traditions, beliefs and complex social structures. They developed a sustainable lifestyle which lasted for almost three millennia and one which continues to resonate strongly in the region today.

Sincerest thanks to Dr Simpson and Dr Pankova for providing this blog post.

The volume, Masters of the Steppe: The Impact of the Scythians and Later Nomad Societies of Eurasia edited by Svetlana Pankova and St John Simpson is available to pre-order now. Pre-order and save 20% using this special offer form. 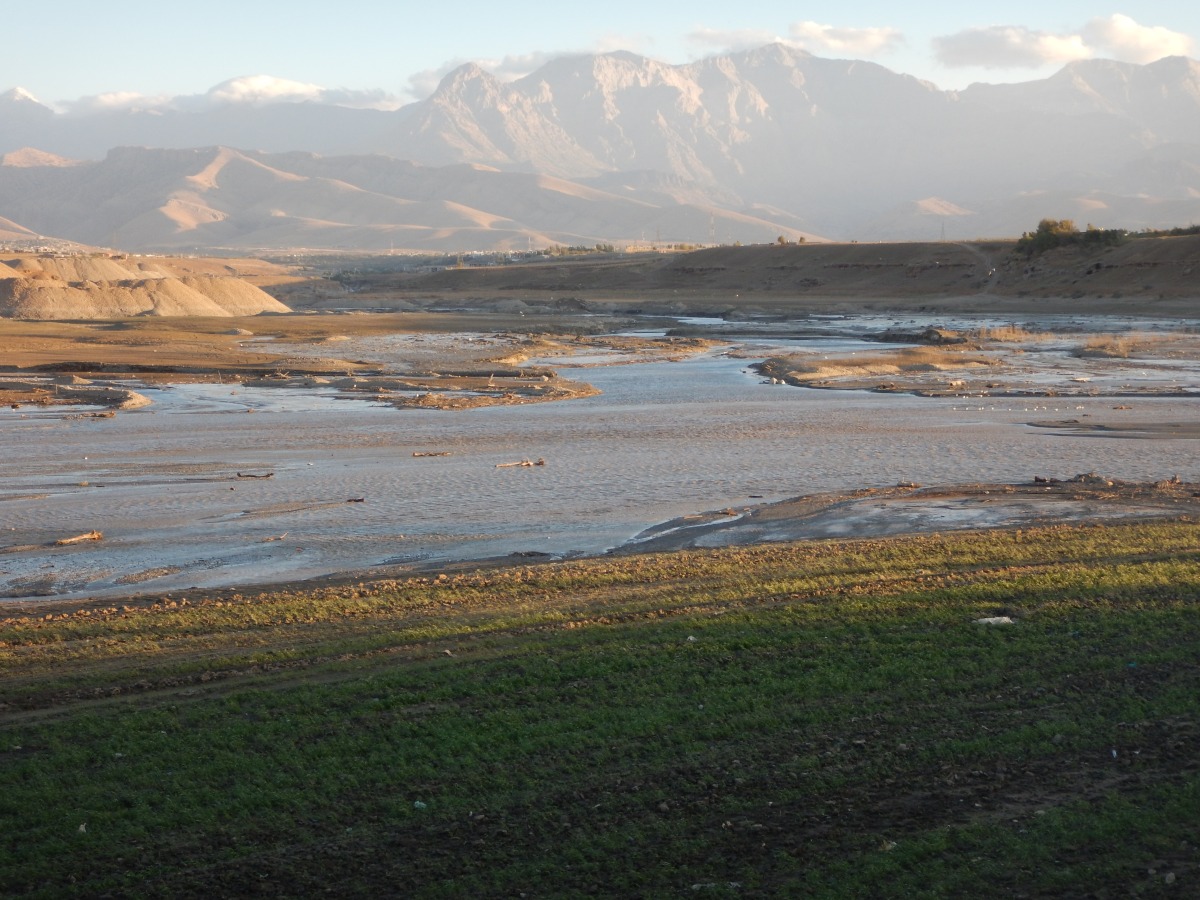 The Parthian empire is by far the least understood of the great empires of antiquity. Until recently our knowledge has been both hazy and Euro-centric. In recent decades, however, new approaches have been adopted and these, together with new archaeological discoveries, are changing our preconceptions. Recognising this, in April 2020 the British Musuem will host leading international scholars presenting their most recent research on the history, culture and archaeology of the early Parthian Empire. Set against the complex political scenario of Iran, Mesopotamia and Asia Minor in the 2nd-1st centuries BC, speakers will address a wide range of issues on the rise of the empire and the relationship of the early Arsacids with their neighbours. Contributions will include re-evaluations of historical sources, analyses of material datasets, numismatics and reports on new work in the field. Specific themes addressed will include diplomacy, religion, sculpture, painting, chronology, ideological motifs, warfare and trade. This will lead to the promulgation of new models and a new understanding of the social, economic and political systems leading to the emergence of the Empire.

The conference will run in conjunction with two British Museum exhibitions – Rivalling Rome: Parthian coins and culture (April – September 2020) in the Museum itself; and the touring exhibition Ancient Iraq: New Discoveries, travelling to Nottingham and Newcastle (March-November 2020).

For details about the conference, including how to register, please visit the page on the British Museum website:

For any queries, contact the Organising Committee on parthia@britishmuseum.org