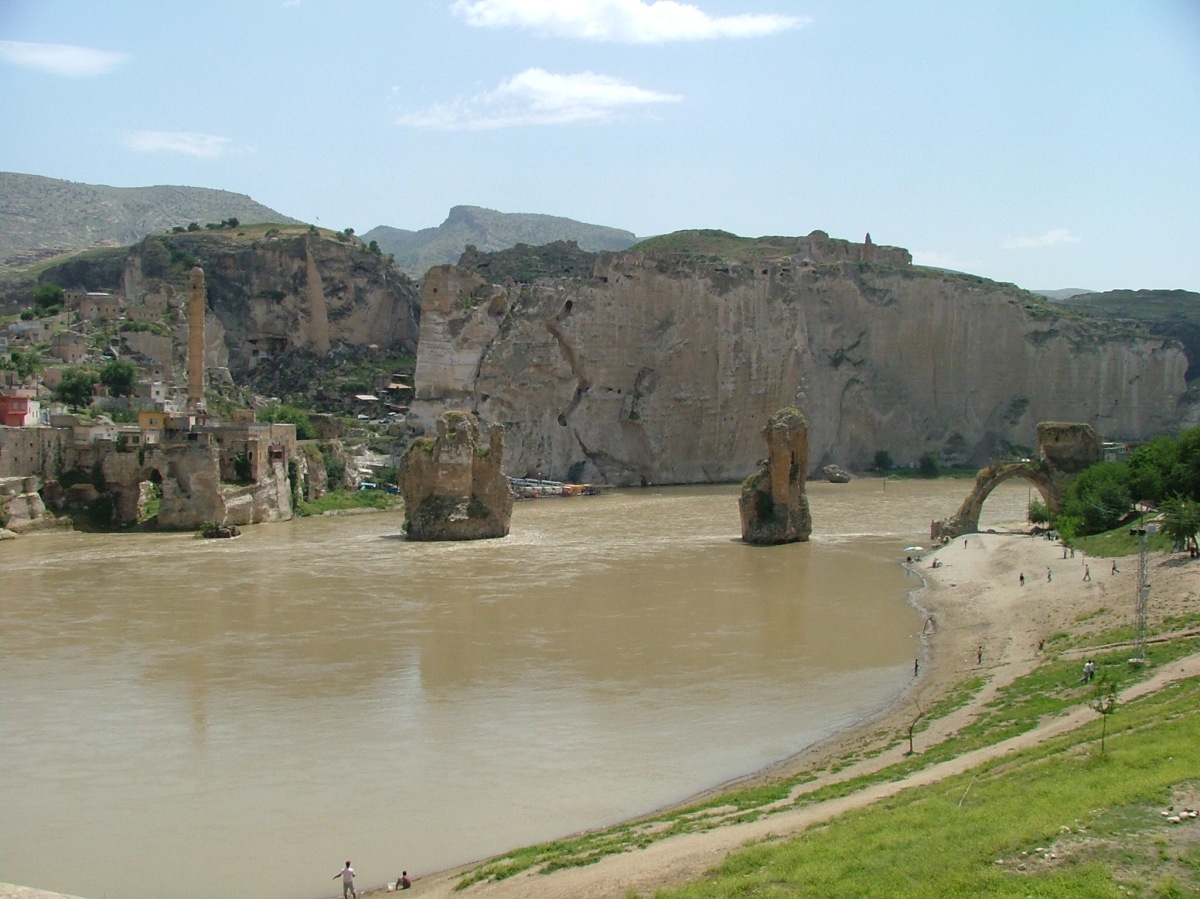 Anthony Comfort and Michal Marciak have written a study of the upper Tigris in antiquity, published in August as How Did the Persian King of Kings Get his Wine? (Archaeopress Archaeology, 2018). This monograph examines an area which has been mostly inaccessible to scholars and looks likely to remain so – despite its great interest and strategic importance during the conflict between Rome and Persia.

The publication follows completion of the Ilısu dam, not far from the point at which the modern borders of Turkey, Iraq and Syria meet. When filled the reservoir created by the dam will do serious damage to the environment but also to the cultural heritage of the region; it is obliterating various sites along the river Tigris which are crucial to our understanding of the region’s history and archaeology.

Apart from the importance of the valley for river and road transport, there are also many rock reliefs which are described in the monograph. It is very sad that the current security situation in South-East Turkey makes many of these reliefs, as well as the sites along the river itself, inaccessible. In Iraqi Kurdistan the situation is better but the Tigris valley there is still difficult to visit for researchers and visitors.

At least now the world can have some idea of what is being lost as a result of the Ilısu dam and of what has already disappeared under the waters of the Eski Mosul dam in Iraq. But much of importance remains and needs to be studied further; The monograph provides an introduction to the region’s history and archaeology. The authors intend that it also promote further research in a notoriously difficult part of the world.

Header image: The old bridge at Hasankeyf in May 2006 (photo by Anthony Comfort)

Anthony Comfort is an independent scholar associated with the Centre for the Study of Greek and Roman Antiquity at Corpus Christi College, Oxford. After a career in the secretariat of the European Parliament, he completed a doctoral dissertation dealing with the roads on the frontier between Rome and Persia at Exeter University under the supervision of Stephen Mitchell. He is a specialist in the use of satellite imagery for archaeology in the Middle East but is now responsible for a project concerning the Roman roads of south-west France, where he lives.

Michał Marciak, PhD (2012), Leiden University, is an Assistant Professor at the Jagiellonian University in Kraków (Poland). He has published extensively on Northern Mesopotamia, including two monographs Izates, Helena, and Monobazos of Adiabene (Harrassowitz, 2014) and Sophene, Gordyene, and Adiabene: Three Regna Minora of Northern Mesopotamia Between East and West (Brill, 2017). He is currently also the Principal Investigator of the Gaugamela Project (in cooperation with the Land of Nineveh Archaeological Project of the University of Udine, Italy) which is dedicated to the identification of the site of the Battle of Gaugamela (331 BCE).

Sincerest thanks to Anthony and Michał for preparing this post for the Archaeopress Blog. Their new book is available now in paperback and PDF eBook editions:

How Did the Persian King of Kings Get his Wine? The upper Tigris in antiquity (c.700 BCE to 636 CE) by Anthony Comfort and Michał Marciak. Archaeopress Archaeology, 2018.